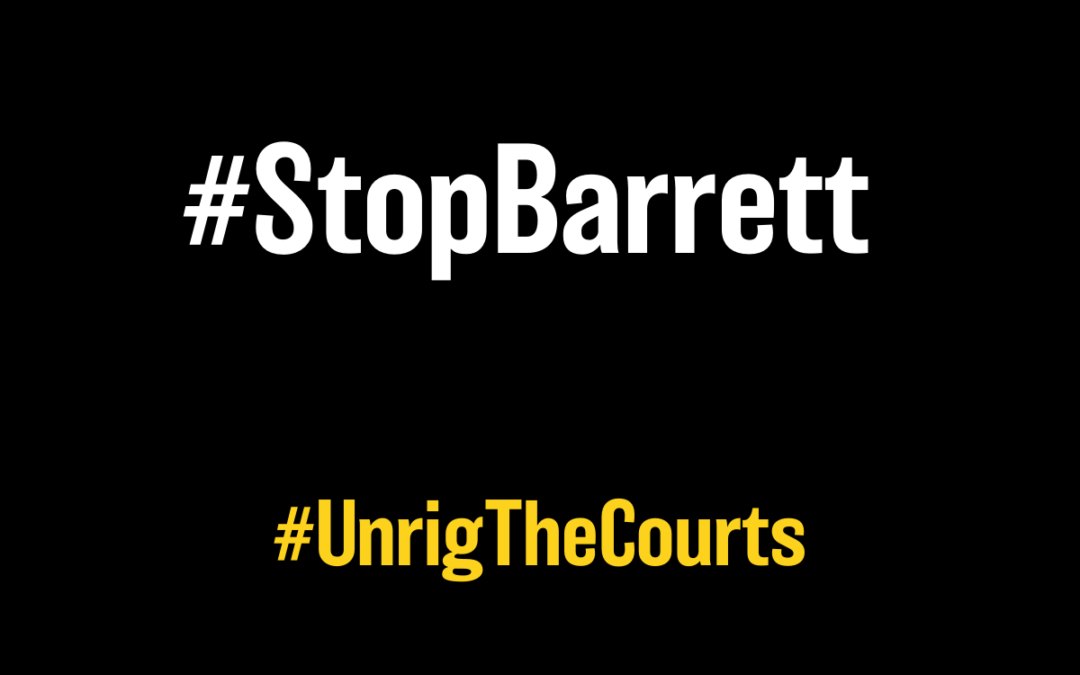 Saint Paul, Minnesota — Today, we learned that Donald Trump intends to nominate Amy Coney Barrett to the Supreme Court of the United States. Amy Coney Barrett has made clear that she shares the President’s xenophobia, disdain for gender equity, and love for guns. As one legal observer noted, her “view of the law is fundamentally cruel.” It is thus no surprise that a president who is defined by his fundamental cruelty would seize this opportunity to claw back the rights of millions.

The Republican Party has made clear that they think the Supreme Court—and the federal judiciary as a whole—belongs to them, not the American people. They will stop at nothing when it comes to ensuring that the judiciary, up to the Supreme Court, is filled with judges and justices who will do their bidding. As People’s Parity Project Board member and Harvard Law School Professor Niko Bowie said, “”We don’t have to live in a world where we are ruled by judges. Neither a democracy nor a republic puts judges in charge of legislation. We are supposed to be governed by we the people.” Mitch McConnell and his party oppose government by “we the people.”  If we were to be truly ruled by the people, the GOP agenda—which threatens the safety and well-being of all but a privileged few—would lose. McConnell knows the far-right agenda can only exist if he packs the courts with far-right judges.

The people of our country will not accept this. “People everywhere see through the conservative efforts to enshrine minority rule. And the people of our country are fighting back,” says People’s Parity Project Executive Director, Molly Coleman. “We are organizing to ensure not just that Amy Coney Barrett is not seated on the Supreme Court, but that the Court no longer stands as a barrier in our fight for progress.”