Unrig the Courts: How We Take Back our Power 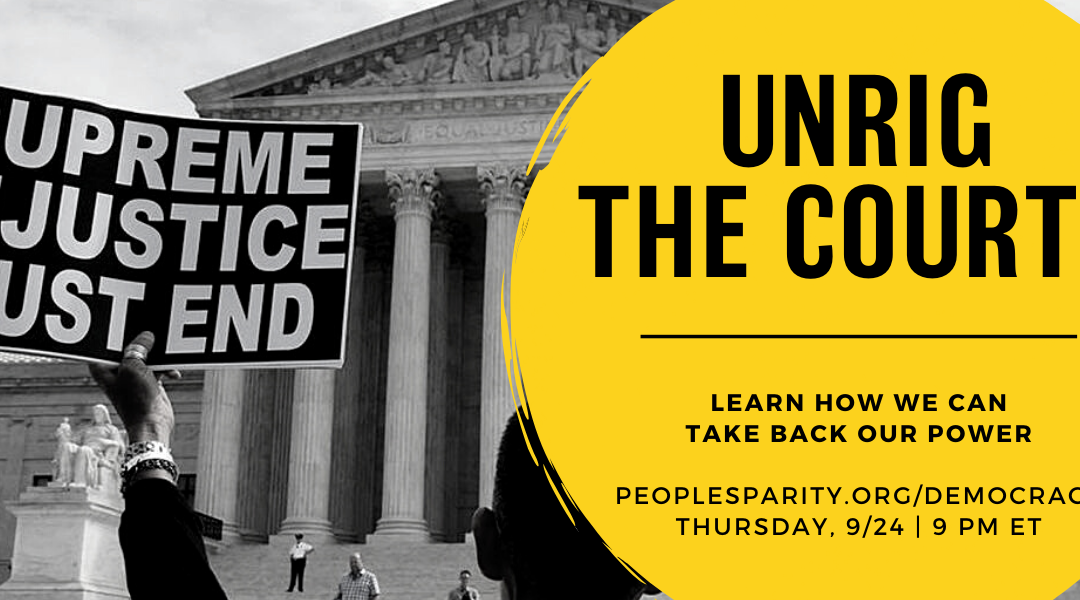 On Friday, September 18th, Justice Ruth Bader Ginsburg passed away at the age of 87, after a lifetime of service. Even as the country mourned, we knew Mitch McConnell and the Federalist Society would not hesitate to take this moment and use it to cement conservative rule on the Supreme Court. Thus, for the third time in four years, we are at a moment in which the rights of millions are at risk because an unelected and anti-democratic body is one member short.
The threat that this poses cannot be overstated. Twenty million Americans could lose their health care in a matter of months. Legal observers say that “the next justice will determine the future of Roe v. Wade.” A sixth conservative justice could ensure that Donald Trump’s “rollbacks of environmental rules last long after the president leaves office.” The rights of workers, consumers, immigrants, defendants in the criminal legal system—all who are marginalized in society—are on the chopping block.

Donald Trump’s nominee to the Supreme Court must be stopped. But that is not enough. It’s long past time to ensure that the death of an unelected octogenarian does not cause such a fundamental threat to the lives and liberty of so many. As Professor Samuel Moyn said, “The sobering thing I hope Americans take from this result is that we’ve made a court so powerful that we’ve converted the politics of democracy too often into a referendum on who makes it on to this council of elders.” 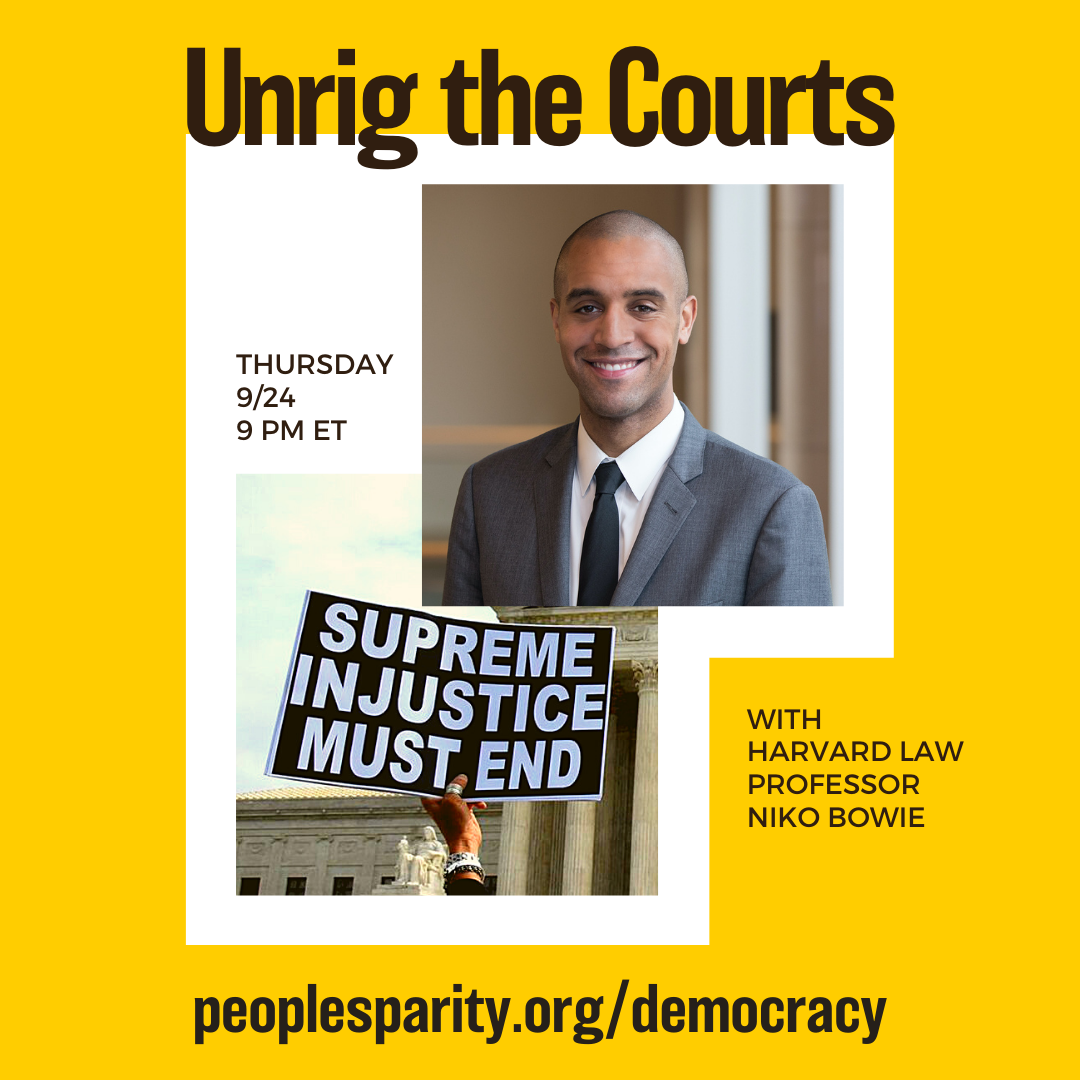 At PPP, we’re working to fundamentally unrig the courts. This requires changing the composition of the federal bench, but it doesn’t stop there.

Here is a recording of our conversation on Thursday, September 24, about how we unrig the courts and take back our power.