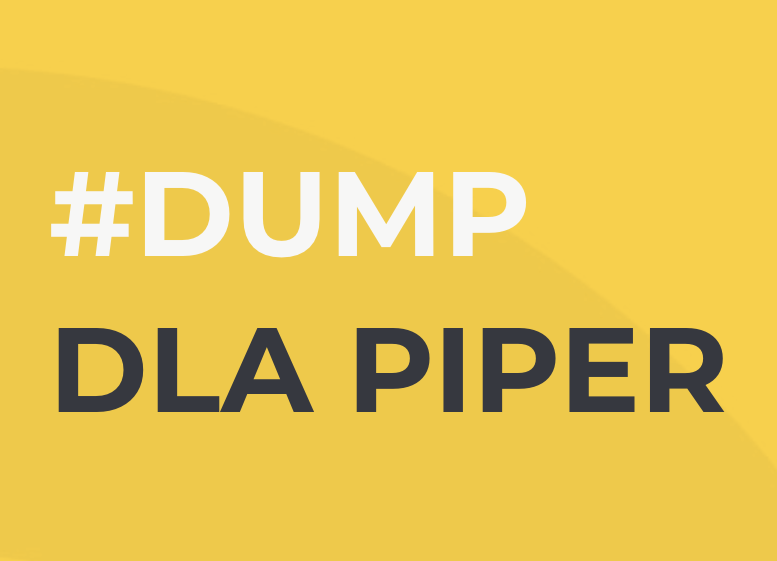 Unlike Kirkland & Ellis, which has refused to respond to questions from the Pipeline Parity Project as well as various media outlets about whether or not their staff will still be subject to forced arbitration, DLA Piper at least responded to Law360 with a weak defense of their forced arbitration policy:

“There are advantages and disadvantages to every type of dispute resolution process. It has been our experience as a firm that arbitration is a fair and efficient way to resolve internal disputes, and one that benefits all parties in what are often sensitive matters for everyone involved.”

It’s disappointing but not surprising to see that DLA Piper is digging its heels in in support of a policy that pushes women, people of color, LGBTQ people, and others out of the workforce. It’s an especially embarrassing move in the face of what seems to be an emerging consensus within Big Law that arbitration should not be forced on employees.

DLA Piper claims there are “advantages and disadvantages” to all dispute resolution processes, but we know that forcing allegations of workplace misconduct into secretive proceedings overwhelmingly favors employers over victims. If arbitration really benefited “all parties” like DLA Piper alleges, the firm wouldn’t have to force its employees into arbitration as a condition of employment.

The fact that DLA Piper wouldn’t even come clean about their use of forced arbitration when asked by over 50 law schools shows that they know the truth isn’t on their side. “Personally, I would be offended by an employer who was so paternalistic as to believe that they knew what route to a remedy was best for me, especially if that employer subjected me to illegal harassment or discrimination, but that’s just me,” said Molly Coleman, a student at Harvard Law School and organizer with the Pipeline Parity Project.

The Pipeline Parity Project will continue to push for a law student-wide boycott of DLA Piper, asking that our fellow students refrain from interviewing with or accepting donations from the firm until they end their use of coercive contracts for all employees. If DLA is willing to risk their reputation in defense of a policy that is known to disproportionately harm women, people of color, LGBTQ people and others, then that’s their choice.

But law students have other choices. The majority of other law firms who recruit on our campuses don’t force their employees to choose between their civil rights and a job. The Pipeline Parity Project will continue to do everything we can to make sure no one is ever faced with that choice again.