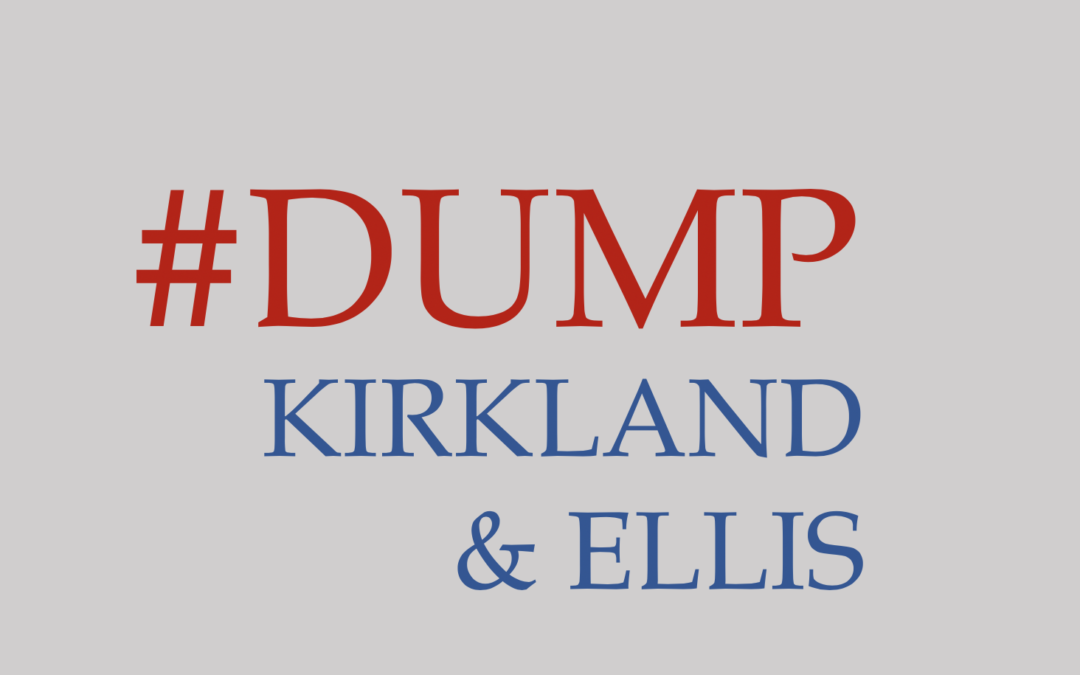 Kirkland & Ellis is now the biggest law firm by gross revenue in the world. That makes it the biggest employer at Harvard Law School to use forced arbitration agreements, a form of coercive contract that requires employees, as a condition of employment, to waive their right to sue their employer for any reason.

Kirkland began forcing its employees to sign away their right to their day in court ten years ago, perhaps not coincidentally after an associate at another big law firm sued his employer for discrimination based on his sexual orientation.

The policy, which went into effect on April Fool’s Day of 2008, is no joking matter for the thousands of employees who no longer have the right to bring a suit against Kirkland if they experience harassment or discrimination on the job. In addition, the contract requires arbitration proceedings to be confidential, silencing employees about harassment, discrimination, or other abuse they may have experienced.

It’s no coincidence that in the #MeToo era, Kirkland has stuck by forced arbitration, which prevents many victims of sexual harassment and discrimination from getting justice. In fact, Kirkland’s forced arbitration agreement specifically names the Civil Rights Act of 1964, the Americans with Disabilities Act, the Family and Medical Leave Act, the Fair Labor Standards Act, and all state human rights and non-discrimination laws as laws that no longer apply to them in a court of law.

Ten years ago, most current law students weren’t even legally old enough to sign away our civil rights—and we believe that no employee should never be required to. But when more than 40 law schools across the country asked major employers to disclose whether or not they required forced arbitration agreements, Kirkland didn’t even respond to the survey.

Kirkland might be trying to keep its love affair with forced arbitration a secret, but we have the receipts. Here’s the text of a forced arbitration agreement that an associate was asked to sign in 2018, and you can view our annotated version of it here:

Kirkland is not alone; several other prominent law firms make their employees sign similar agreements, and you can find out which ones here. But if Kirkland won’t stop its forced arbitration racket—and indeed, won’t even own up to it—it’s up to us to educate ourselves and our peers and take action.

That’s why we’re asking all the law students who are headed into recruitment season this year: Don’t interview with Kirkland & Ellis until they promise to stop making any of their employees—no associate, paralegal, custodian, or contractor—sign these coercive contracts.

This is our way of saying to Kirkland & Ellis and all other employers, dump your forced arbitration agreements, or we’ll #DumpKirkland and dump you too.