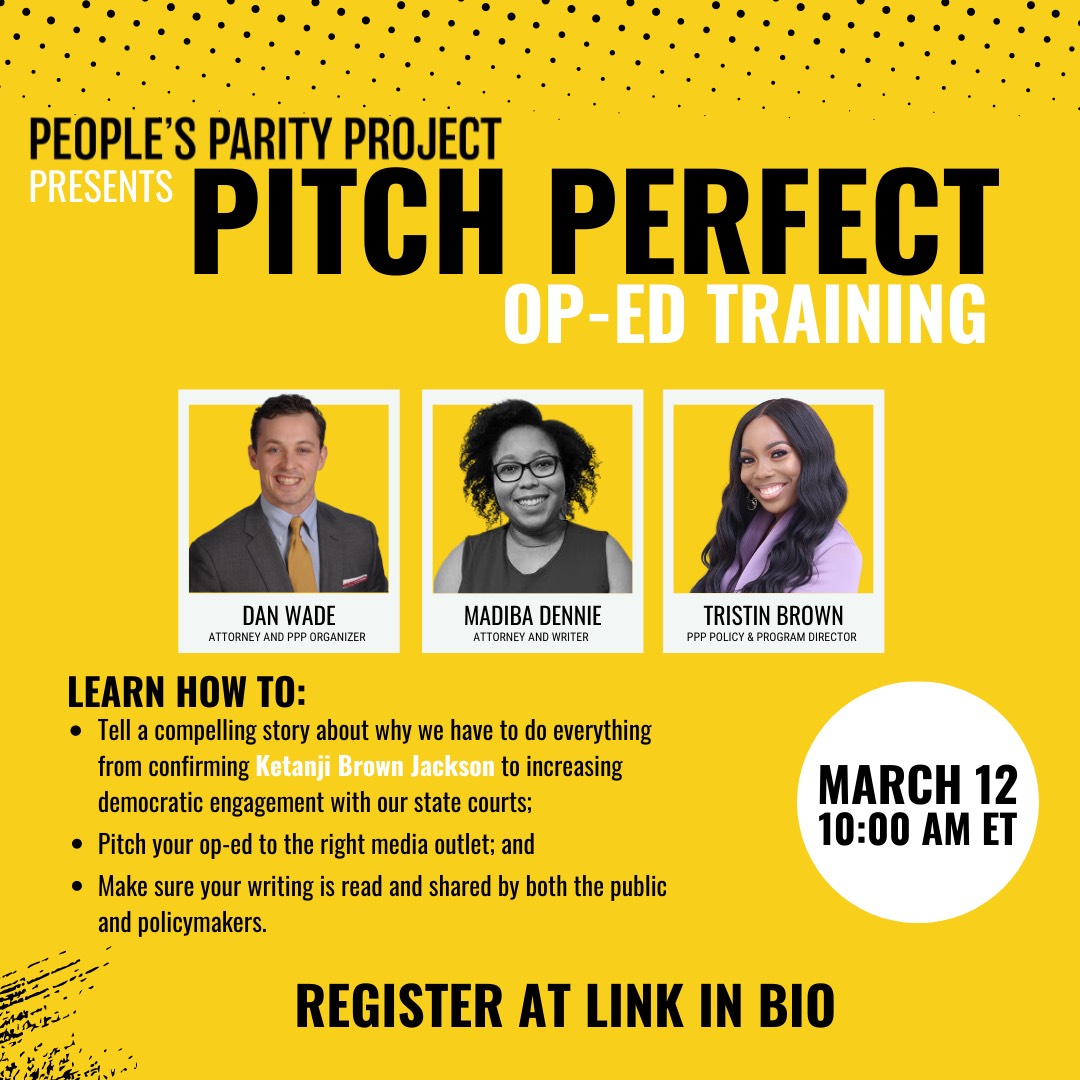 There’s a lot going on when it comes to the American judiciary. In less than two weeks, confirmation hearings for Judge Ketanji Brown Jackson, the first Black woman nominated to the Supreme Court, will begin. It’s an incredible moment, and it’s critical that we show the broad support for Judge Jackson. Unfortunately, however, we’re also just months away from the end of the Supreme Court’s term, and the urgency of court reform has never been more clear. On top of that, we have state courts that too often go unscrutinized, leading to low democratic engagement with their local judiciary, even in cases when that judiciary is elected.

We know how critical it is that progressive law students and attorneys spread the word about these important issues. One of the most effective means of doing this is by writing op-eds; unfortunately, writing and pitching op-eds is not something that law school equips you to do. That’s why we’re bringing together attorney and writer Madiba Dennie, PPP organizer and co-author of a recent Teen Vogue opinion piece on the Court’s shadow docket Dan Wade, and PPP’s Policy & Program Director (and experienced op-ed writer) Tristin Brown for a training on writing and placing effective op-eds, open to law students and lawyers everywhere.

From 10:00–11:00, we’ll be holding a roundtable discussion, so bring your questions! Starting at 11:00, we’ll moving into small-group workshops; this time is for attendees to workshop you own ideas, get feedback on big-picture themes, and ensure you leave ready to put pen to paper on your next op-ed.