Ask Your Representative to Cosponsor the FAIR Act to #EndForcedArbitration 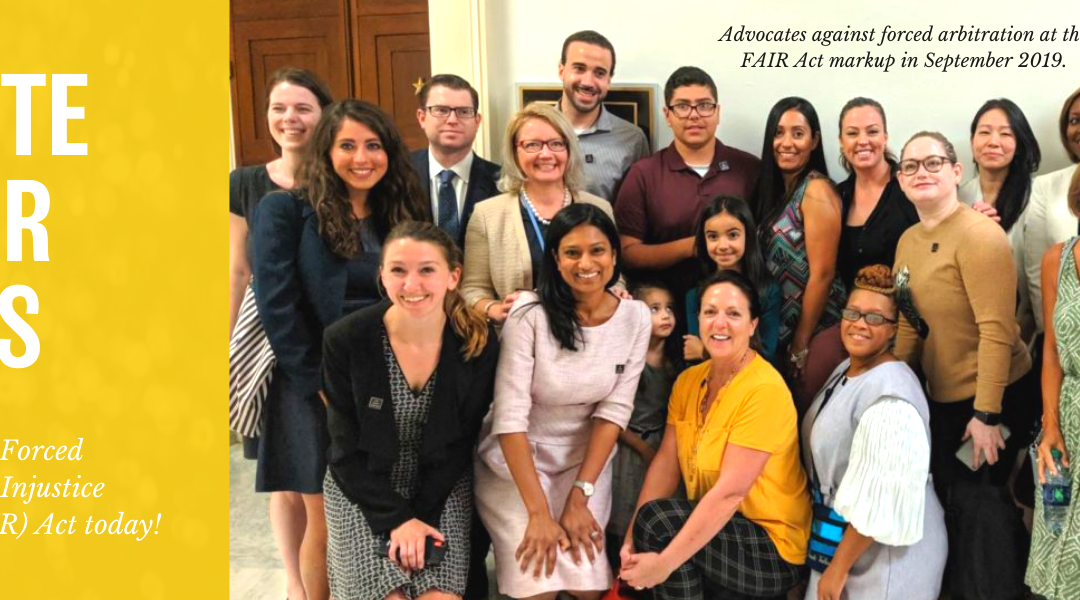 On February 11, 2021, the House Judiciary Committee held the first hearing in over a year on the Forced Arbitration Injustice Repeal (FAIR) Act. The FAIR Act would stop companies from forcing workers and consumers into arbitration, a privatized “justice” system that is stacked against people, and in favor of corporate profits.

We know that forced arbitration is a powerful tool that rigs the system for the benefit of the powerful. That’s why we need you to write your U.S. representative today to let them know that you support the FAIR Act and ask them to cosponsor.

You can also share your reasons for supporting the FAIR Act on social media, using #EndForcedArbitration. Want to get more involved in our work to end forced arbitration and pass the FAIR Act? Sign up to join our Worker Power Team.