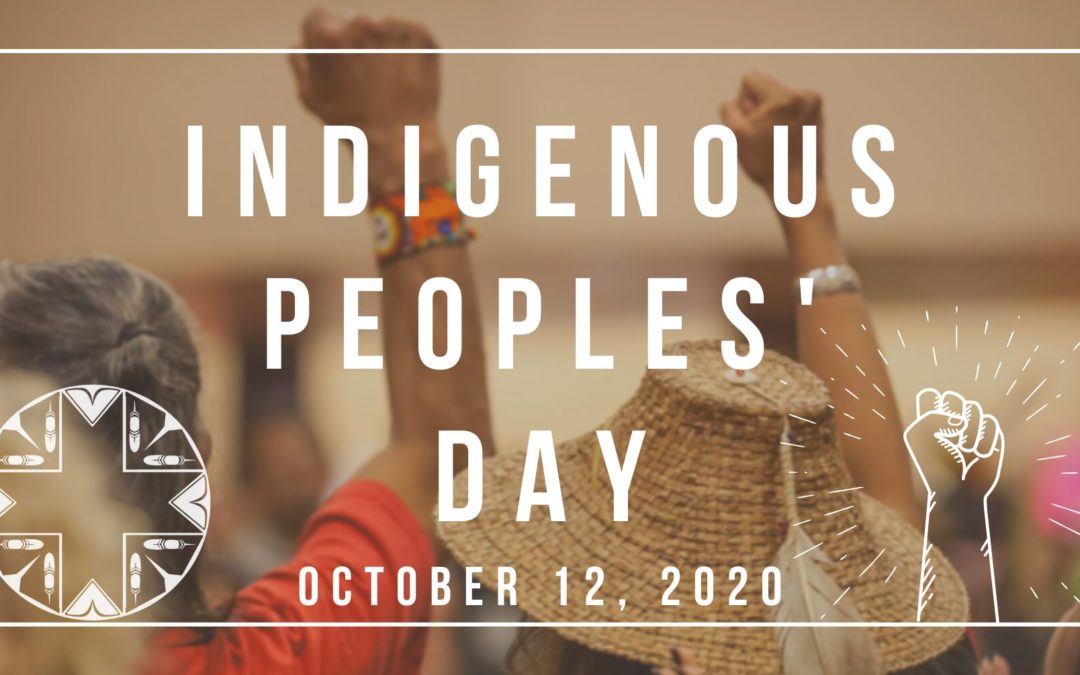 In honor of Indigenous People’s Day, we honor and stand in solidarity with America’s tribal nations and their people. As the Native American Rights Fund said, “We hope that, wherever you are, you can find ways to recognize and celebrate the cultures and contributions of America’s first peoples.” Please join us in supporting the following efforts.

Today at 12 PM PST, Washington State University is hosting a talk by Professor Robert J. Miller (Eastern Shawnee Tribe of Oklahoma) contesting the doctrine of discovery, a concept used by European monarchies in order to legitimize the colonization of lands outside of Europe, which was used to take lands that were occupied by Indigenous People including North America.

Support the Native American Rights Fund’s anti-voter suppression efforts. According to NARF, “Too many Native Americans lose their vote due to irregular addressing and insufficient mail delivery, voter ID laws, language barriers, and voter discrimination. This election year, it is essential that they can exercise their most basic civil right.”

Support the First Nations Development Institute’s COVID-19 Emergency Response Fund, which is distributing funds to Native nonprofit organizations and tribal programs that need it most. FNDI has explained that Native communities are especially vulnerable to the effects of COVID-19, since many Native people are at-risk due to preexisting health conditions, 13% of Native American homes lack safe drinking water for sanitation, and 16% of homes in tribal areas are overcrowded and multigenerational.