Law Students’ Open Letter Regarding Sexual Harassment in the Judiciary 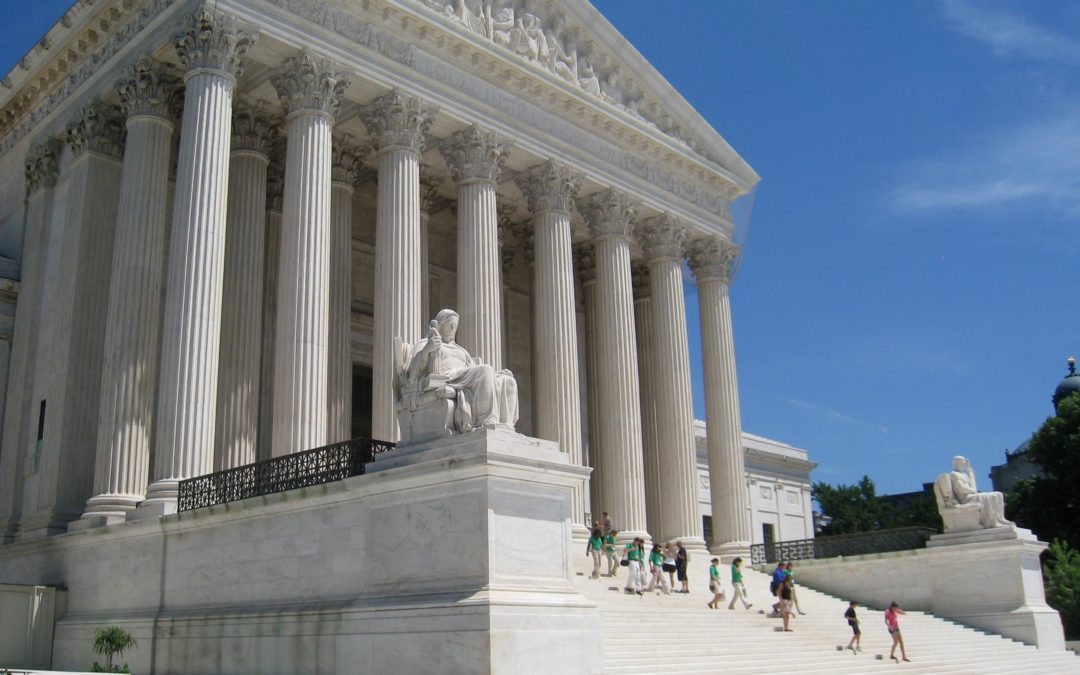 On Tuesday, October 30, 2018, the Judicial Conference of the United States will hold a public hearing in Washington, DC, on proposed changes to its procedures for handling complaints of sexual harassment and other forms of discrimination.

Whether or not you’re able to attend the hearing, please show your support by adding your name to our open letter on behalf of law students to the Judicial Conference. It’s focused on three huge pieces missing in proposed policy changes: (1) a climate survey, (2) an informal reporting mechanism, and (3) a national, centralized reporting office. Please sign and share!

As law students and prospective judicial employees, we write to express our support and provide additional feedback regarding the Judicial Conference’s efforts to reform its procedures for addressing discrimination and other forms of judicial misconduct.

The proposed revisions to the rules for Judicial-Conduct and Judicial-Disability Proceedings help to allay students’ concerns in a number of areas. First, we support the efforts to include specific definitions of abusive and harassing behavior. Second, the proposals incorporate important protections against retaliation for individuals who come forward to report abusive conduct.

These reforms represent a promising effort to protect judicial employees from sex-based harassment and other forms of misconduct perpetrated by judges and other judicial employees. However, we also write to share concerns that these revisions do not go far enough to confront major gaps in information and reduce barriers to reporting.

Due to the low rate of reporting, the judiciary and the public cannot conclude that Judge Kozinski’s misconduct was an isolated phenomenon. To the contrary, the experiences of former law clerks suggest a broader pattern of harassment and abuse among judges and judicial employees, perhaps comparable to other employment sectors. Accordingly, we urge the judiciary to contract with an independent survey design expert and conduct a climate survey of judicial employees that accurately assesses the nature and prevalence of misconduct today. As the Director of the Administrative Office of U.S. Courts testified this June, the judiciary received zero reports of sexual harassment in many years, including 2016. Judge Kozinski’s harassing conduct toward at least 15 women during his tenure on the bench not only indicates the current metrics are incorrect, but also that there are massive information gaps in the current reporting structure. This broken system fosters uncertainty and fear among students that misconduct is widespread, a view that has consequences for the institutional legitimacy of the judiciary writ large.

We are also concerned that the lack of accurate baseline data will undermine efforts to evaluate the effectiveness of the solutions that the Judicial Conference implements. Because stakeholders have recommended that the judiciary institute climate surveys on multiple occasions, its omission from reform proposals may suggest that the judiciary is unwilling to recognize the prevalence of misconduct within the ranks of judges and judicial employees. Without information to the contrary, students must take precautions and infer that Judge Kozinski’s conduct is pattern of a broader, unaddressed pattern of misconduct within the judiciary. We hope that the Judicial Conference will clarify and offer proposals to actively seek information regarding the prevalence of misconduct within judicial chambers.

Second, we are concerned that the Judicial Conference’s thoughtful reform proposals thus far will fail unless they address the fundamental issue in the current procedures: the lack of an informal reporting structure. In the absence of comprehensive reforms to reporting procedures, victims and their supporters would still be required to file a formal complaint with the clerk of the court of appeals for the circuit or circuit executives, who would then forward complaints to the chief judge. As law students and future judicial employees, many of us would refuse to file a report under such conditions, for fear of facing retaliation and damaging future career prospects. A system that requires victims to forsake confidentiality and report to the chief judge is fundamentally unworkable. Moreover, we have gathered that some law faculty and staff, as repeat actors in the clerkship hiring process, would feel similarly fearful of reporting misconduct if their name would be immediately released to the chief judge.

The current reporting process, which confines victims to a formal complaint process, is inadequate. Because victims tend to minimize the severity of the harassment they experience, individuals may be discouraged from reporting what they perceive to be lower-level harassment, out of concern that their claims are insufficiently serious. As a consequence, the judiciary is also deprived of information that could serve as probative evidence of a broader hostile environment within judicial chambers. In order to encourage reporting, we strongly urge the judiciary to adopt standardized informal reporting mechanisms where individuals may provide information confidentially. As future clerks, we can attest that we would be more likely to report if this framework were adopted.

The Judicial Conference Should Establish a Centralized Office to Receive Reports

The Judicial Conference could address our concerns by establishing an independent centralized unit within the Administrative Office of the U.S. Courts that would confidentially receive reports from students, judicial employees, faculty, and law school staff. Such a system would act as an additional avenue outside of the reporting mechanisms in each circuit. To avoid identifying victims and reporting individuals, the office would not provide information to the judiciary unless the report (a) is severe enough to potentially constitute a crime or (b) establishes, when considered together with other reported information, a possible pattern of harassment or other abusive practices. In making such a determination, the independent office would rely upon courts’ interpretations of Title VII and Equal Employment Opportunity Commission guidelines. Moreover, if the office determines that sharing information with the Chief Judge of each circuit or his/her designee is appropriate, it would notify the reporting individuals that multiple reports have been filed and advise them of their right to proceed through formal grievance procedures. This information sharing could boost the number of complaints. As we saw in the case of Judge Kozinski, the women who experienced abuse came forward as a collective, which had the effect of reducing the risk of retaliation and making it more difficult for Judge Kozinski to impugn the credibility of individual victims.

The proposed revisions to the rules for Judicial-Conduct and Judicial-Disability Proceedings constitute a critical first step in preventing misconduct and supporting victims. In particular, we are highly supportive of proposals to define judicial misconduct and retaliation and have submitted testimony with our views on these measures. However, we remain deeply concerned by the omission of a climate survey and plans to retain an unworkable reporting structure. We strongly urge the Judicial Conference to clarify its position on climate surveys and propose informal mechanisms for reporting abuse.

We welcome questions and comments; individuals can be in touch via email with pipelineparityproject@gmail.com.