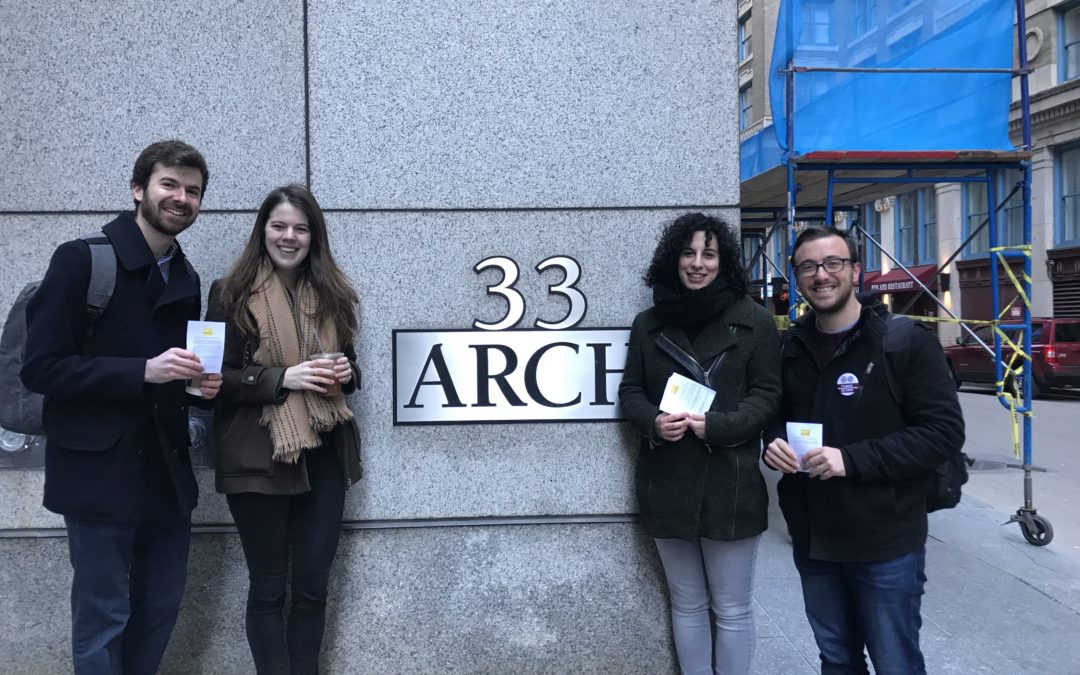 A group of Harvard law students that has launched a year-long campaign to end so-called coercive contracts in the legal industry said Tuesday it is escalating the pressure by sending teams to hand out fliers outside DLA Piper’s Boston office and Venable LLP’s office in Washington, D.C.

The group, Pipeline Parity Project, said the two BigLaw firms are among those who still require employees to sign mandatory arbitration agreements as a condition of employment and have not shown a willingness to revisit their employment policies. Members of the law student organization visited DLA Piper on Tuesday morning and paid a lunchtime visit to Venable with handouts for those who work or do business with the firms that explain what forced arbitration is, according to Molly Coleman, a Harvard law student and one of the group’s organizers.

Representatives for Venable did not immediately respond to comment requests Tuesday morning. DLA Piper has defended its arbitration policy in the past, telling Law360 arbitration is “a fair and efficient way to resolve internal disputes, and one that benefits all parties in what are often sensitive matters for everyone involved.” A spokesperson said Tuesday the firm had no comment beyond the previous statement.