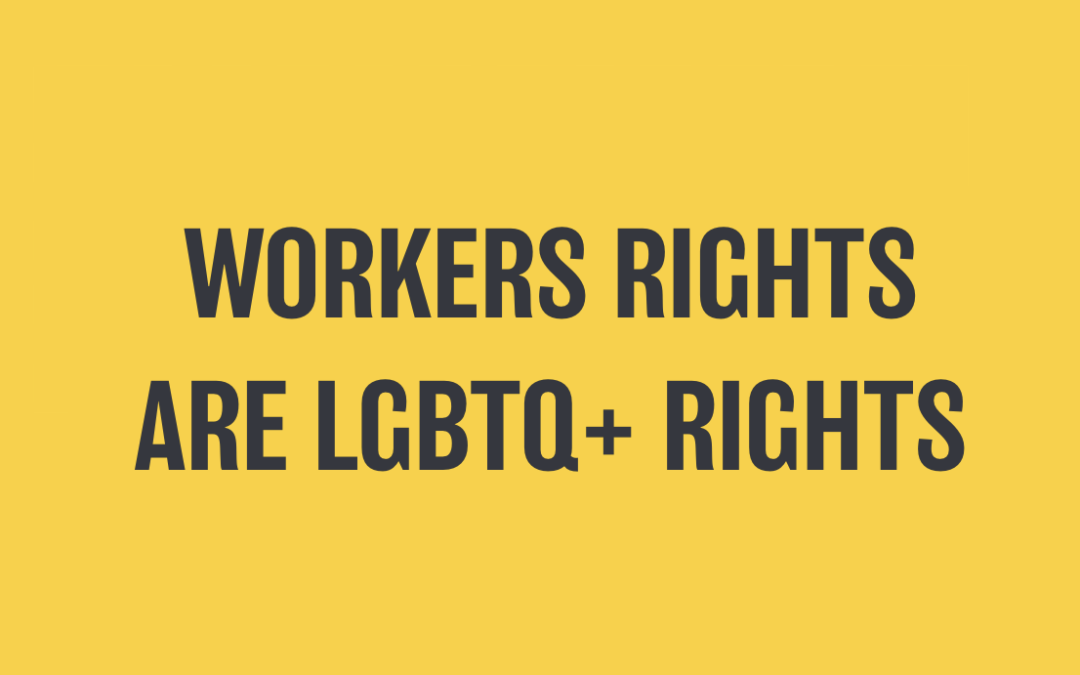 Cambridge, MA — LGBTQ+ student organizations from law schools across the country are leading the fight against forced arbitration. 14 organizations from 13 top law schools announced in an open letter today that they will no longer accept any funds from employers that require their employees to sign forced arbitration agreements, nor will they promote these firms to their memberships.

Currently, 21 states explicitly prohibit anti-LGBTQ+ employment discrimination. But even as LGBTQ+ people have increasingly won rights in the workplace, employers have made it virtually impossible to enforce them. Today, the majority of private-sector, non-union employees are subject to “forced arbitration clauses” buried in the fine print of their employment contracts. These clauses are a legal loophole that forces workers to waive their right to sue over illegal treatment at work. That means that when LGBTQ+ people face discrimination—like the nineteen percent of transgender people who report being discriminated against at work each year—many are legally prohibited from going to court.

“Workplace discrimination remains alive and well in the legal profession—and we cannot in good conscience promote employers as LGBTQ+ friendly when they are using forced arbitraiton to sweep discrimination, harassment, and other workplace misconduct under the rug. The reality is that as long as Gibson Dunn or any other firm subjects its employees to forced arbitration, we simply do not know whether they are safe and equitable workplaces for queer and trans workers,” said Sejal Singh, a founding co-director of the People’s Parity Project and member of Harvard Law School Lambda.

“We are eager to use our platforms to publicly disavow employers whose policies structurally disadvantage the labor force’s most vulnerable employees, including the LGBTQ+ community, people of color, gender non-conforming people, people with disabilities, women, and low-wage workers. That means standing up for all workers in our communities, not just attorneys. Gibson Dunn must drop forced arbitration for everyone,” said Julia Geiger, Co-President of the Yale Law School OutLaws.

“Especially as LGBTQ+ workers’ rights are under open attack by the Trump Administration and before the Supreme Court, everyone in the legal profession should be fighting to support their LGBTQ+ employees—not hiding discrimination,” said Matthew Shields, Co-President of Harvard Law School Lambda.

“Forced arbitration clauses muzzle our community from speaking up about the violence visited upon us by those who seek to use and abuse us. We refuse to silence ourselves for the benefit or comfort of our profession, which as been complicit in the degradation of humans through our country’s history,” said Jeremy Penn, President of Georgetown OutLaw. “This petition is small, but it is just one of many bricks, and we do not heave it alone.”