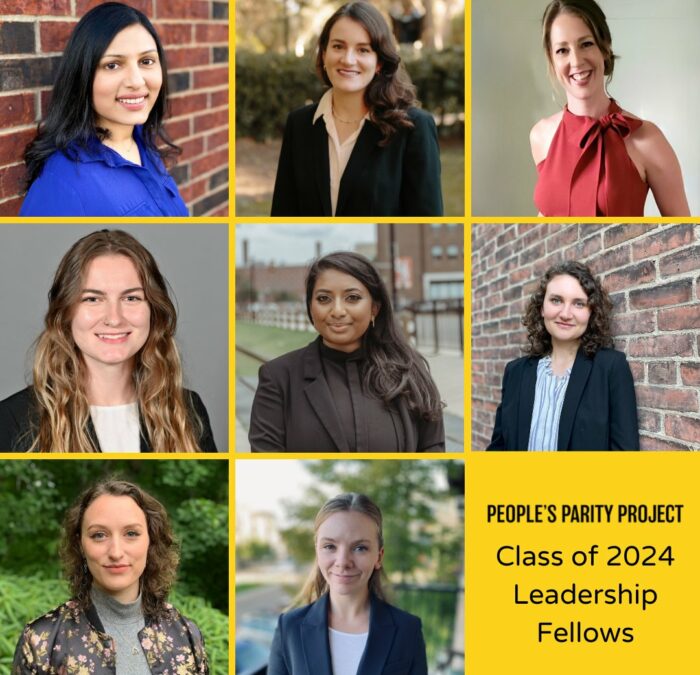 The legal profession has long been captured by corporate interests. As a result, we have a legal system built to serve those same interests, rather than the everyday people most in need of justice. This corporate capture begins as soon as law students arrive on campus; rarely, if ever, do those campuses have well-organized and adequately-supported forces pushing back against this capture. In order to effectively challenge the pro-corporate nature of the legal profession, organizing efforts are needed on two fronts. First, the culture on law school campuses must change so that pro-corporate work is no longer seen as politically and morally neutral, but rather understood as something that actively harms already marginalized and vulnerable people. Second, pro-people, public-interest careers need to be more accessible for students and recent graduates who, even when interested in pro-people work, often find that pro-corporate legal jobs are their only practical option.

In order to make this a reality, we are thrilled to announce the inaugural cohort of PPP Leadership Fellows — eight second-year law students from around the country who will dedicate 10–15 hours per week for the next two years to leading organizing efforts on their campus to end the corporate capture of the legal profession.

Aasha Rajani
Aasha is an evening law student at Georgetown University Law Center where she is a Public Interest Fellow and a staff editor for the American Criminal Law Review. During the day, Aasha works at the Consumer Financial Protection Bureau (CFPB), helping to execute engagement campaigns and convene stakeholders to further develop policy goals supporting the economic and financial well-being of vulnerable populations.

Aasha comes to law school with several years of policy research, advocacy and implementation experience at the state and local level on issues of economic security, affordable housing, and education. Aasha received an MSc in Public Policy and Management from the London School of Economics and a BA in History, Middle Eastern Studies, and Government from the University of Texas at Austin.

Alida Pitcher-Murray
Alida Pitcher-Murray is grateful to be part of the inaugural cohort of PPP Leadership Fellows. She is a rising 2L at Northeastern University School of Law in Boston, MA, where she serves on the Law Review, the Housing Justice Collective, and Law Students for Indigenous Liberation, a student organization she recently reactivated. This summer, Alida interned for the Public Housing Redevelopment Project at Greater Boston Legal Services, and interned remotely for Oklahoma Indian Legal Services. After graduating from law school, she intends to engage in community lawyering for housing justice, particularly for Indigenous communities.

Prior to law school, Alida worked as an immigration paralegal at Sanctuary for Families, which provides legal services to survivors of domestic and gender-based violence. Alida is a graduate of Barnard College, where she majored in Urban Studies and Economics, and is a native of Ann Arbor, Michigan and Hamilton, New York.

Charlotte Goodenow
Charlotte is a second year law student at the University of Colorado Law School, where she is a fellow with the Byron White Center for Constitutional Law. She is interested in pursuing plaintiff-side civil rights or labor and employment work. Prior to law school, Charlotte worked in the global health field. Charlotte has experience working on juvenile justice and immigration policy issues in Colorado and continues to support progressive policymaking as a law student. In her free time, Charlotte enjoys hiking, lifting weights, birding, singing, and rock climbing.

Falynn Dunkelberger
Falynn Dunkelberger is a rising 2L at Vanderbilt Law School. After growing up in Las Vegas, Nevada, she went to the Pennsylvania State University. She graduated in May 2021 with a degree in International Politics and an honors degree in Women’s, Gender, and Sexuality Studies from the Schreyer Honors College. During university, Falynn aided in the founding of the Schreyer Gender Equity Counsel which sought to end gendered violence in her college. She plans to work in public defense with a specific interest in working with juveniles who’ve had contact with the criminal legal system.

Isabella Lee
Isabella Lee is a law student at UCLA School of Law, where she specializes in Critical Race Studies and the Epstein Program for Public Interest Law and Policy. She received her bachelor’s degree in Politics and Ethics from Bard College in Berlin, Germany. Before law school, she clerked for plaintiff’s civil litigation firms including the Clancy Law Firm, the Legal Offices of James J. Lee, and the Rizio Lipinsky Law Firm. She also worked for the Hudson/Catskill Housing Coalition in Upstate New York, where she helped found the organization’s Tenant Rights Hotline in collaboration with Albany Law School. During law school, she clerked for the Legal Unit of the Equal Employment Opportunity Commission. At UCLA, she is founding the school’s People’s Parity Project chapter in the coming year. She is also a co-chair for the Labor and Economic Justice Clinic and an extern for the service workers’ union Unite Here Local 11. She is a Staff member of the UCLA Law Review, Volume 70.

Marina Schwadron
Marina Schwadron is a second-year graduate student at the University of Michigan, where she is pursuing a dual degree in Law and Urban and Regional Planning. She is an associate editor for the Michigan Journal of Law Reform and a leadership fellow with the People’s Parity Project. After graduating from Oberlin College with a bachelor’s degree in History and Russian, she worked as a progressive organizer in Southern New Hampshire with such organizations as New Hampshire Youth Movement and the Foundation for Civic Leadership. Her involvement with local actions to address housing shortages, houselessness, and community development inspired her to pursue a career in land use law.

Grounded in her belief in the power of the free press to cultivate democratic communities, she hopes to use her time as a PPP leadership fellow to produce independent student media that can act as a current of resistance against corporate domination of student culture.

Melissa Murphy
Melissa Murphy is a 2L at the University of Baltimore School of Law. She is originally from Illinois and after graduating from the University of Illinois Urbana-Champaign, she worked for nonprofits in Chicago and the surrounding suburbs. Her work experience includes time as a reproductive health educator and clinic manager for Planned Parenthood of Illinois and as an advocate for survivors of domestic violence in the Rogers Park neighborhood of Chicago. Prior to starting law school, Melissa lived in Denver and continued her work in advocacy services in the nonprofit sector and subsequently at a private law firm as a paralegal. Her experience as a paralegal solidified her desire to return to school and pursue her J.D. Melissa plans to use her law degree to return to working on issues she cares most about – reproductive and gender justice and human rights. As a 1L, Melissa quickly became involved in student organizations that align with these interests, including UBalt’s chapter of People’s Parity Project, and this year she is serving as its Vice President. Melissa is thrilled to be part of PPP’s inaugural cohort of Leadership Fellows and looks forward to working on unrigging the courts at the state level.

Ritika Kumar
Originally from Lowell, Massachusetts, Ritika Kumar is a public interest student focused on disaster recovery law at the University of Texas School of Law. Prior to law school, she worked at the Boston Foundation where she coordinated a $4M disaster response initiative on behalf of the State of Massachusetts and City of Boston to aid Hurricane Maria victims relocating to Massachusetts. With family affected by the 2004 Indian Ocean Tsunami, she is particularly interested in protecting vulnerable, low-income communities of color that are disproportionately affected by natural disasters, climate change, and environmental injustice.