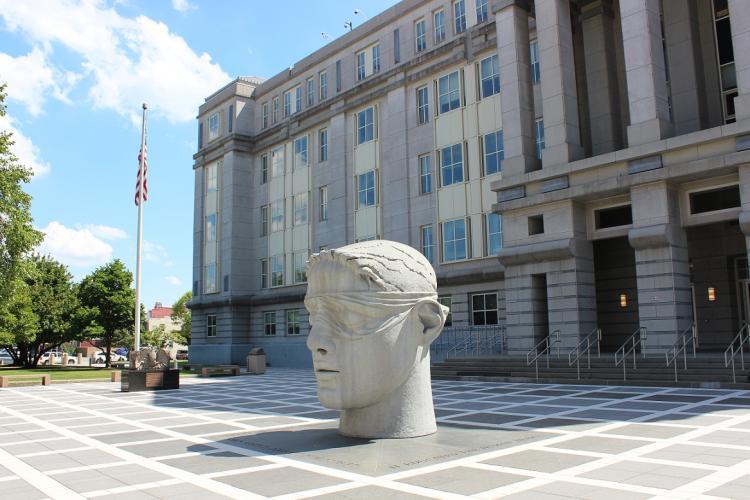 Washington, D.C. — On Tuesday, June 15th, the People’s Parity Project announced the launch of a campaign in opposition to President Joe Biden’s nominee to the District of New Jersey, Christine O’Hearn, calling on the White House to withdraw the nomination.

“From the beginning of his presidency, we have called on President Biden to nominate judges who represent the very best of the legal profession: people who have used their law degrees to advance justice in communities around the country,” said PPP Executive Director Molly Coleman. “While many of his nominees have met and exceeded this standard, Christine O’Hearn does not. As a management-side attorney, O’Hearn has fought to shield employers from accountability for wrongdoing and harm caused — helping the powerful at the expense of the vulnerable. Somebody who has a track record of helping employers to crush the power of workers has no place on the federal bench, and we are calling on the White House to withdraw her nomination.”

“In praising Christine O’Hearn’s nomination, Senator Menendez described her as someone who ‘has spent much of her career advocating for women in the workplace and defending the rights of workers against employee discrimination, harassment, and a hostile work environment.’ Her record and writings demonstrate, however, that that couldn’t be further from the truth,” said PPP Policy & Program Director Tristin Brown. “Specifically, of the cases she has litigated throughout her career, only 18% were cases in which O’Hearn represented plaintiffs — and, in most of those cases, the plaintiffs were corporate entities. One of her writings argues that pregnant employees shouldn’t be entitled to any accommodations on the job. While we must celebrate the many phenomenal nominees President Biden has put forth, it is equally important to speak out against nominees that are antithetical to the qualities and values President Biden has pledged to prioritize.”

Organizers in New Jersey, led by the Rutgers Law School chapter of the People’s Parity Project, launched a petition asking that Senators Cory Booker and Bob Menendez reconsider their support of O’Hearn. “This spring, New Jersey just passed major misclassification and tax accountability legislation that will protect NJ workers,” said Esmé Devenney, a rising 3L at Rutgers and lead organizer of the petition. “Our senators recommending Christine O’Hearn is a disappointing step backwards as we strengthen workers’ rights during our pandemic recovery. So many of my classmates, myself included, came to law school to prevent corporations from benefitting from economic inequality, especially at the expense of someone’s race, gender, sex, immigration status, or disability. If we truly want to do that work, we have to challenge judicial nominations like O’Hearn and the systems that award positions of power to lawyers committed to private interests.”