PPP Heads to Albany in Support of the EmPIRE Act 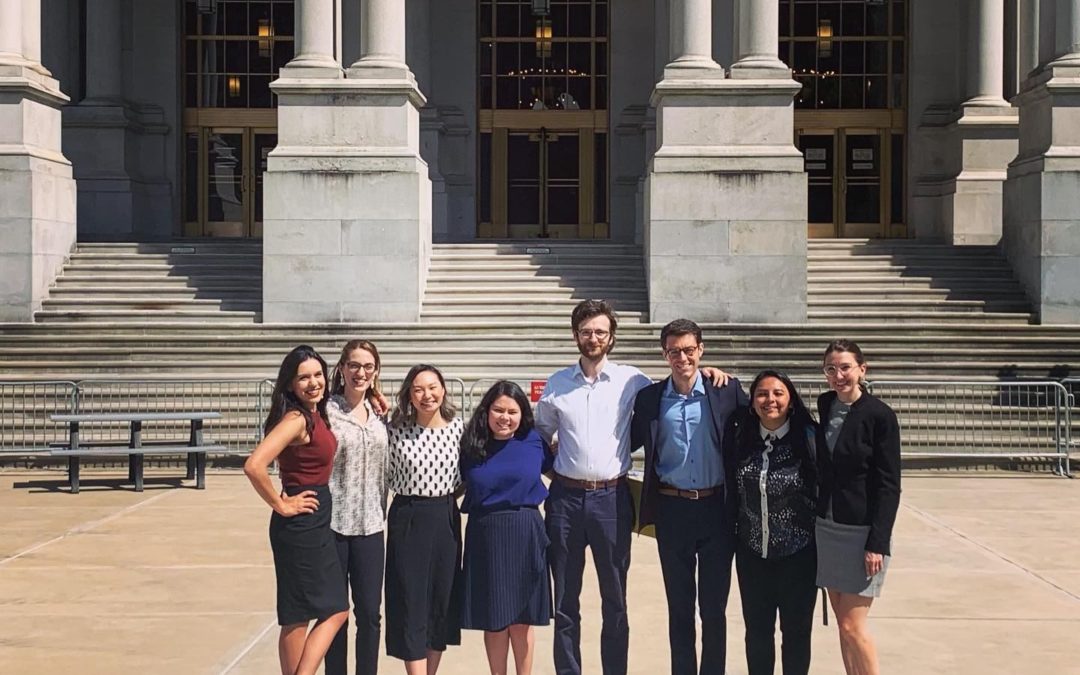 On Tuesday, June 18, the People’s Parity Project brought nine students from six law schools to Albany to lobby the New York State Legislature in support of the EmPIRE Act, a bill that would empower low-wage workers to hold their employers accountable for violating their workplace rights.

Over the past five years, New York State raised the minimum wage, passed paid family leave, strengthened laws against pay discrimination, and passed a Domestic Workers’ Bill of Rights. But these workplace rights won’t be a reality for all hard-working New Yorkers if they aren’t robustly enforced—and today, too many employers get away with skirting the law.

New York’s Department of Labor is under-resourced. As of 2017, investigators at the State Department of Labor were responsible for 142 cases on average—leading to a backlog of nearly 16,400 open cases at the end of 2017. As a result, every year the DOL is only able to recover less than three percent of wage theft stolen from minimum-wage workers. But because of the forced arbitration epidemic, private enforcement can’t fill the gap created by DOL’s limited resources.

New York workers deserve better than years-long delays at the Department of Labor or a stacked arbitration system. That’s why PPP joined forces with Make the Road New York and workers’ rights organizers across New York to lobby in favor of the EmPIRE Act. The EmPIRE Act would empower workers to bring qui tam actions, a kind of whistleblower suit, on behalf of state and all co-workers who’ve experienced the same violations of workplace law. If a judge imposes fines on bad corporate actors, 30% of the penalties would go to a whistle-blower worker and 70% would go to the Department of Labor, enabling them to expand staff and resources.

“In law school, we learn that there’s no right without a remedy, but today, too many workers have no remedy when their wages are stolen, when they’re discriminated against at work, or when their workplace rights are otherwise violated. Without the EmPIRE Act, our future clients are going to be shut out of the courthouse door,” said Sejal Singh, a third-year student at Harvard Law School.

“New York has some of the most expansive workers’ rights protections in the country, but every day at work I see how employers are able to skirt their responsibilities under these laws,” said Isabel Echarte, a second-year student at Yale Law School interning at Make the Road New York. “Without strong enforcement mechanisms, employers often understand they can away with wage theft and employment discrimination, particularly in low-wage sectors. The EmPIRE Act would not only enable workers to enforce their rights, but it would also send a message that the state is serious about enforcing its laws, which may also help prevent future violations.”