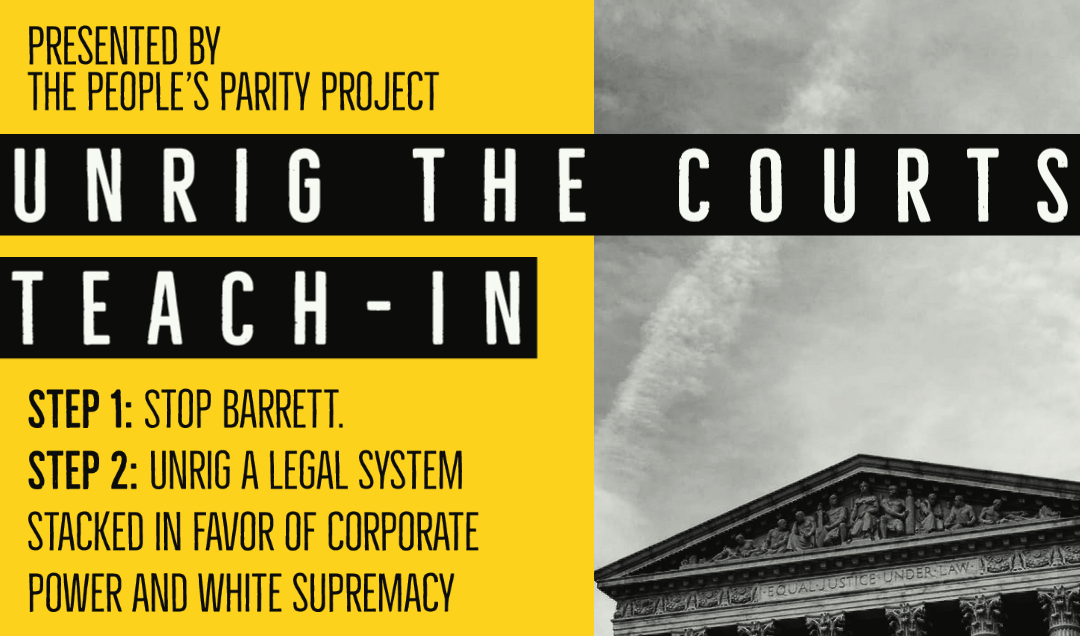 If Republicans confirm Amy Coney Barrett, the right-wing majority on the Supreme Court could and would spend the next 30 years shredding progress on racial, economic, and gender justice. A 6-3 conservative majority could end Roe v. Wade, dismantle voting rights, destroy labor unions, and uphold white supremacy baked into our laws.

We must stop Barrett, but that’s not enough.

Thanks to the Federalist Society and the Chamber of Commerce, federal courts are stacked in favor of corporate power and white supremacy. Donald Trump has appointed one in four active federal judges — and they could strike down every piece of legislation we pass, from the Green New Deal to immigrant justice to Medicare for All, for decades to come. The courts won’t save us, but they could veto a generation of progress — unless we stop them.

On Wednesday, October 14, People’s Parity held a teach-in about why we need to unrig the courts and how we do it. Panelists included: