DLA Piper Dumps Partner After PPP’s Protest—But Will They Dump Forced Arbitration Next? 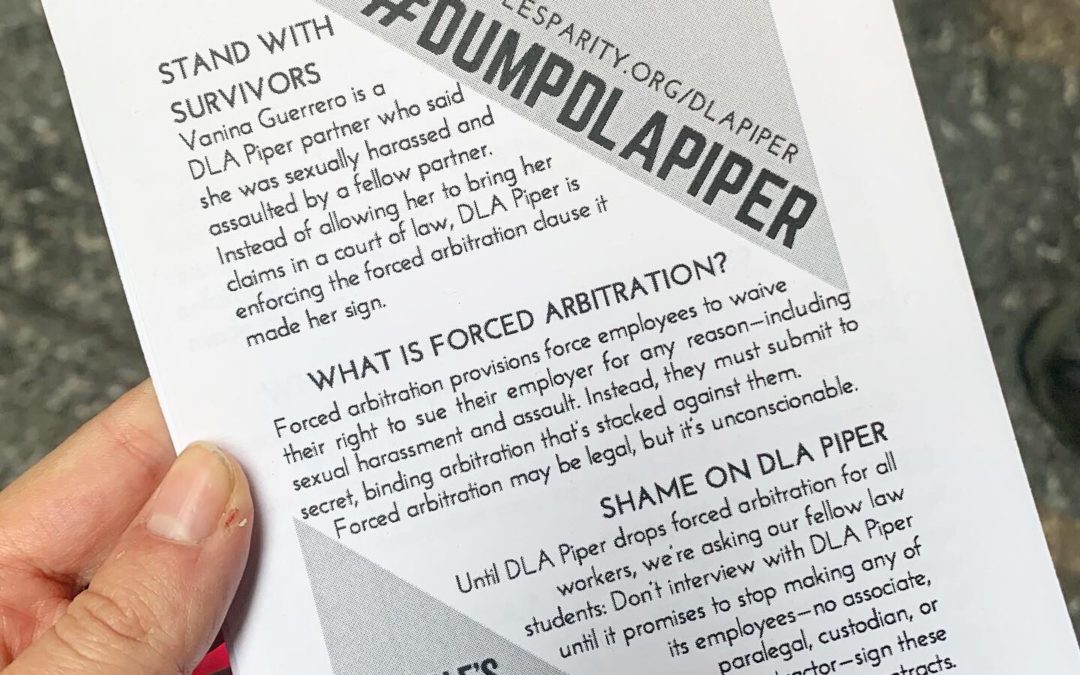 The day after our tri-city protest against DLA Piper’s continued use of forced arbitration, the firm decided to “part ways” with a partner accused of sexual assault. Another former DLA Piper lawyer came forward the same day with her own account of “the culture of intimidation and oppression at DLA Piper.” But yesterday, Time reported that the junior partner who complained about the sexual assault and harassment she experienced has been placed on paid leave while the firm investigates “serious issues” that it says are unrelated to her accusations.

Many companies—DLA Piper included—pair forced arbitration agreements to sign non-disclosure agreements that serve as gag orders, silencing survivors with the threat of a lawsuit. That means companies can secretly arbitrate allegations of misconduct—without the public or other employees ever learning how systemic the problem is. Forced arbitration and coercive NDAs literally prevent workers from saying #MeToo. It’s time to stop companies like DLA Piper from using forced arbitration to sweep sexual harassment and retaliation under the rug.

The People’s Parity Project believes that no employee should have to sign away their civil rights when they start a job, and DLA Piper employees are no exception. Last week, law students in New York, Boston, and DC took to the streets to tell DLA Piper to stop subjecting its employees to forced arbitration. The action was covered in Bloomberg Law, Law360, Law.com, Reuters, and Above the Law.