Law Students Take to the Streets (Well, the Sidewalk) to Protest Venable’s Deception 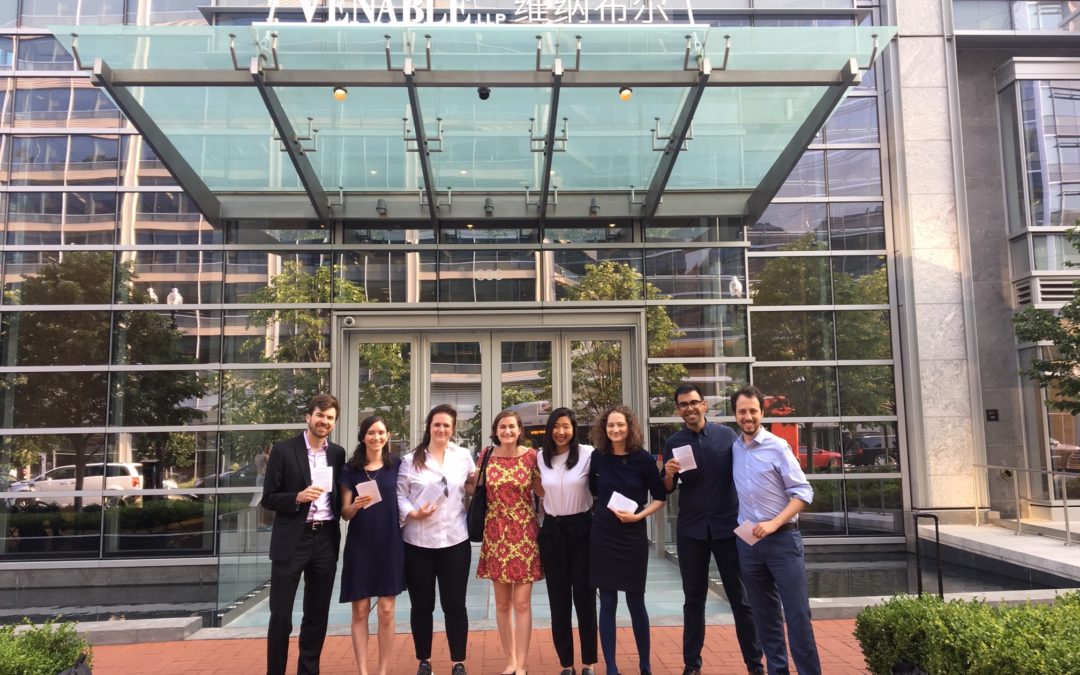 On Tuesday, June 4, Venable LLP thought it was holding a recruiting reception for first-year law students in Washington, DC. But their efforts to woo prospective associates may have backfired, since the Pipeline Parity Project took the opportunity to educate our fellow law students about the firm’s deceptive forced arbitration policy.

Law students from several schools joined together to educate our peers about how Venable’s forced arbitration policy threatens their civil rights—by leafleting on the sidewalk outside Venable’s DC office as prospective associates entered for a reception. This is the second time students have protested outside Venable’s offices in DC.

“If Venable doesn’t drop forced arbitration, it won’t be the last either,” said Beth Feldstein, a second-year student at Harvard Law School.

Hey @VenableLLP, we know what you did last summer. ? We’re out here outside your recruiting reception in DC educating our fellow law students about how you deceived your associates about your forced arbitration policy! ? pic.twitter.com/6P7UlR5AeS

Last June, Venable told 50 law schools that it did not subject summer associates to forced arbitration as a condition of employment. But just a few weeks later, on July 17, 2018, Venable partner G. Stewart Webb, Jr. announced in a firmwide email: “The Firm has adopted a Mandatory Arbitration Provision that will be applicable to all Venable Personnel.”

Summer associates who thought they wouldn’t be asked to choose between their civil rights and a job were forced to do exactly that. Why did Venable intentionally deceive an entire class of incoming associates? What do they have to hide that has caused them to embrace forced arbitration at a time when their peer firms are renouncing it?

Forced arbitration provisions force employees, as a condition of employment, to waive their right to sue their employer for any reason—including if they experience harassment or discrimination on the job, which we know is rampant in the legal profession.

Instead, they must submit any dispute to binding, private arbitration in which the employer has the advantage. This leads to outcomes that disproportionately benefit employers: victims who are forced into arbitration are “less likely to win their cases, and when they do win, they tend to get much less money than they would win in court.”

Your Civil Rights at Stake

We think no one should ever have to choose between their civil rights and their job. And although Venable made sure to note in its email, “Please note that these documents are confidential and are not to be released or distributed outside Venable,” we posted their policy on our website because we don’t think the fact that Venable forces its employees into arbitration should be a secret.

Until Venable drops forced arbitration for all its employees, we’re asking our fellow law students headed into recruitment season this year: Don’t interview with Venable LLP until they promise to stop making any of their employees—no associate, paralegal, custodian, or contractor—sign these coercive contracts.